0 Rating
36995.00 ₨
33295.00 ₨
You save:
3700.00 ₨
In Stock
SKU: VRC-AM-VTI
The Voice Tracker™ I Array Microphone was the original implementation of our patented, automatically and electronically steering, “listening beam” technology. It has been in production since 2002, and has proven to be extremely rugged and reliable.
Back to: Array

The magic in the Acoustic Magic Voice Tracker™ array microphone resides in the algorithms running on its internal DSP that enable it to form a listening beam and automatically and electronically steer that beam towards the active talker. This creates spatial filtering, which when combined with the 6 or 8 always on microphones in the array, create pickup ranges of 30 feet with a 360° field of view.

The Voice Tracker™ I Array Microphone was designed with two objectives.

The first was to provide coverage throughout a large room for recording or conferencing applications to eliminate the need for multiple microphone/mixer setups, which require expert installation and are expensive. The second was to provide high quality audio for automatic speech recognition without the encumbrance of wearing a head set mic or holding a handheld mic.

Pick up over an entire room is accomplished in two ways. First, sensitivity was increased compared to conventional microphones by constructively adding the output of eight separate always on microphone elements. Second, spatial filtering and background noise reduction are used to eliminate sound from all areas in the room except that space around the active talker, so the increased sensitivity is not corrupted by noise.

As a consequence, the Voice Tracker™ I Array Microphone can pick up talkers at ranges of 30+ feet in meeting/classroom recording or conventional conferencing applications. It can work effectively for command control automatic speech recognition application at the same distances, and full vocabulary ASR at ranges of a few feet.

The Voice Tracker™ I Array Microphone has an analog audio output at mic level, and is powered by a wall power converter so there is no risk of loss of performance as batteries run out. A USB adapter is an available option for use with MACs, and laptops with low performance sound cards.

The Voice Tracker™ I Array Microphone has a built in ceiling mount capability, which removes the clutter of mics on the conference table.

Compatible with a variety of operating systems including:

There are yet no reviews for this product. 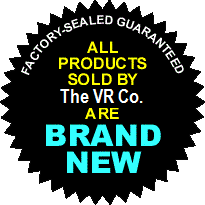 The Voice Recognition Co., is the Authorised Online Store for Nuance Software.